(I recently wrote a book on writing call The Glorious Grind: Meditations on Crafting Fiction & The Writing Life and have decided to simply publish it in installments here.) 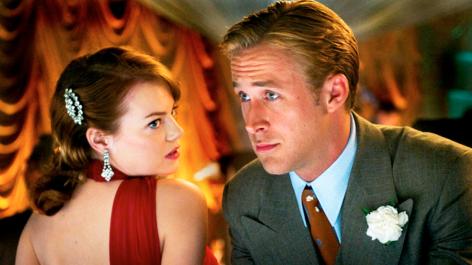 I think dialogue, or conversation between two or more fictional characters, is one of the most flat-out enjoyable aspects of writing fiction. Dialogue provides endless fodder for character development, plot development, and engages the author themselves in a way describing action or setting does not. It’s the cream in the coffee of fiction, the tasty frosted side of a wheat square. As I write dialogue I can feel myself physically loosening up, as if it is giving me a reprieve from the heavy lifting of descriptive prose.

“Jesus, Mack. Do you want to be a virgin forever?”

“Unless you killed her. Did you kill her, Mack? Is this really what we’re talking      about here? A country drive gone horribly wrong? Did you pitch her down a well? Chuck her into a bottomless sink hole?”

“A foundation of death.”

“What time is it, anyway? I think we’ve entered some kind of shadow land where the laws of time no longer apply. Purgatory.”

“Her nose is pierced, man. I hear those girls are crazy in the sack.”

“Why? Some kind of metal poisoning thing?”

“Metals can poison people. They seep into your blood.”

“Right. Whatever. The point is—”

“Sam, I know what I’m doing here. She’s a headstrong little pony and is going to take some rustling.”

“That’s your cowboy accent? You sound like a stroke victim.”

–The Firebug of Balrog County

Dialogue provides much needed air in a story. It also creates an opportunity for the author to discover surprising details about their character (you know how sometimes you open your mouth to say something and you’re surprised by what you’ve said? Well, delightfully, I find this frequently occurs with fictional characters, too. They’re just gussied up mouthpieces for the author, right?). Dialogue gives the reader the sense that they’re right in on the action, right there listening to the characters talk, and provides a little happy buzz to the eavesdropping side in all of us. Great dialogue, patiently sharpened to point, pops off the page in a certain cocktail party-type way that even the most beautiful descriptive prose fails to match.

There are two major categories of dialogue: internal and external. Internal dialogue is when a character speaks to themselves in a format such as the monologue or stream of consciousness. External dialogue, which features characters speaking to each other, comes in three main varieties: direct quotation, indirect quotation, and summarized.

Direct quotation is the most common form of dialogue. It is dialogue that is usually bracketed by quotation marks and conveys a sense of immediacy—the reader is hearing this dialogue at the exact moment it’s being uttered, thus the “direct” in direct quotation.

Direct quotation involves a lot of “he said” and “she said” dialogue tags.[1] Since its directness is its strongest virtue, I suggest using it for important scenes as a default setting, to be tinkered with only if you feel there’s some kind of compelling aesthetic reason for doing so.

The appearance of quotation marks themselves varies by country. The United States primary set of quotations marks are “…” in the United Kingdom it’s only one apostrophe ‘…’, and countries such as Spain, France, Italy, and Russia use brackets «…». Hebrew prefers its quotation marks ironed flat “…”.

You can also have direct quotation without any quotation marks at all, but the immediacy remains readily apparent:

I’m going to kill you!

Not with that foam noodle you won’t.

Indirect quotation is dialogue relayed second hand, or indirectly. In a sense it’s a mixture of direct dialogue (because it can appear to be the actual spoken words) and summary dialogue (because whatever someone has said has been summarized). It can have the feel of an exchange without the quotation marks surrounding it.

Did she like the house? She did like the house. She wanted to paint it goldenrod and dig a moat around it for security purposes. She had always wanted a home with its own moat.

Or it can appear to be a simple relay of what has been said from one character speaking for another character:

We were at the kegger and Higgy said he was going to take his shirt off and give everybody a good old manly titty show.

Indirect quotation is useful if an author is looking to play with voice and tone or to simply condense what a character has said off-stage without totally erasing the character’s voice from the statement.

Summarized dialogue condenses dialogue (usually a lot of dialogue) into much more compact sentences. For example, instead of showing a long group argument you can simply tell the reader what was discussed.

Everybody at the kegger except Greg wanted Higgy to put his shirt back on and to stop slapping his belly like it was a drum. Greg was a nonconformist and believed in the right of the common man to go topless, even if he was as disgusted by Higgy as anybody. The argument dragged on and on until Higgy did a keg stand and passed out on the lawn and somebody threw a tarp over him.

As you can see, summarized dialogue can be very useful, especially when an author wants to convey a lot of information without slogging through a lot of expositional dialogue.[2] Beware relying on it too much, though, since at its heart summarized dialogue is still telling instead showing and thus loses the immediacy and power you get with direct quotation. You summarize enough scenes and the reader might begin to wonder why you didn’t just summarize the whole novel and move on with your day.

Good dialogue works on multiple levels. You shouldn’t just be recording what’s being said between your characters, like a court stenographer. You could be:

“Hey, guess who I saw at the bait shop?”

“That one dude. With the face tattoo and the eyebrow piercing.”

“The gullible? You think I’m gullible?”

“I think you’d believe a chunk of poop was a magic wand if the government told you so.”

“I bet you think JFK was really killed by Lee Harvey Oswald. I bet you really think we landed on the moon.”

“You see? Gullible idiots like you are why I’m so tired.”

“She had a spot of blood on the side of her mouth.”

“Maybe she bit her lip.”

Increasing tension within a scene

“What do you mean by that?”

“What do I mean about what? I just said you were looking good.”

“But you didn’t say it like you meant it.”

“Fine. YOU LOOK SO TOTALLY HOT TODAY YOUR ROYAL HIGHNESS.”

“Man, the old guy was insane. All we did was knock on his door and he came busting out with a shotgun.”

“He pulled a shotgun on you?”

“Leveled a shotgun at us is more like it. He said he’d lived there fifty years and wasn’t going to let any goddamn mining company run him off his land. He said something about glowing worms, too.

“Yeah. He said they were going to ‘harvest our souls’ and then fired into the air.”

“No problem. It’s almost, uh, like I feel guilty spending so much time with you. Like I’m a big Josh hog. Because you’re so amazing.”

“Right! Like what if the rest of the world had more time to spend with Josh?! That’d make so many people so much happier.”

“You know what I mean, though? You’re SO GREAT, Josh! You have so much to share!”

You don’t need to make every single line of dialogue three or four layered (nor would this be particularly desirable—sometimes simple and clean truly is best) but it’s important to remember that fictional dialogue isn’t like dialogue in real life. It’s refined, concentrated dialogue and under far greater scrutiny than the 99.9% of things people say in real life, dialogue which is rife with small talk, water cooler babble, and circuitous bullshit.

When it comes to revising dialogue remember that revision is your great ally and you should feel no compunction when it comes to cutting lines. When it comes to dialogue tags use them as sparingly as possible—if the reader can figure out who’s speaking leave the tag out altogether, it’s now just page clutter—and try to avoid attaching adverbs, which are awkward cheats, he said sternly. If you want to strongly convey the tone in which a sentence is said use action or a description of your character’s posture while they’re speaking (otherwise just make sure what they’re saying is clear enough in the context of the dialogue that an adverb would be superfluous). If you feel an urge to italicize a word in a line of dialogue ask yourself if it’s really necessary—the reader normally should be able to sense the emphasis on a word in well-written dialogue on their own (unless it’s a really strange line).

Read your dialogue out loud and see if it passes the ear test. Read lots of plays and study TV shows known for their great dialogue. When using dialect, whether regional or something you made up yourself, make sure you have a good hand on it and even then use it in moderation lest you lose the reader.[4] Pay attention to the pattern of conversations around you but be cautious about taking dialogue that you hear on the bus or at the mall and inserting it verbatim into your story just because you think it’s cool—chances are it’s not going to be as distilled as it needs to be and will feel out of place to the objective reader. Dialogue grows organically from within your characters and the environment they find themselves in and has been filtered by your imagination in a way something you hear in the real world hasn’t been.

If you come across a particularly dead patch of conversation during your revisions ask yourself what’s at stake in this conversation and what each character is hoping to get out of it. What does this conversation, however brief, actually accomplish to move the story forward? What’s the subtext?

If you can’t decide if the story needs a particular patch of conversation it probably doesn’t. Cut it. Often a character’s actions speak loudest of all.

[1] In every writing class I’ve ever taught, including at the graduate level, I’ve had at least one or two students who didn’t know how to properly use dialogue tags and the basic grammatical rules that go with them. They put commas on the wrong side of the quotation marks, use periods instead of commas (“Hey girl.” he said.) and begin multiples sentences awkwardly with the tags up front (He said, “Hey girl…), among other things. It’s a strange grammatical phenomena.

[3] Subtext, as it applies to dialogue, is when a character says one thing but actually mean more than they’re saying or perhaps something totally different. A character’s gestures and posture and actions can indicate what they’re really thinking when they’re saying something else.

[4] Unless you’re writing at a Flannery O’Connor-type level or you’re aiming for the next A Clockwork Orange. Then have at it and Godspeed my friend!