I just did this little written interview with Alex Kies, a faculty assistant at Metropolitan State University, and thought I’d post it.

To whom would you recommend graduate school?

That’s an interesting question. Getting your MFA in Writing (or PhD) isn’t cheap but I found it invaluable in refining my skills as a writer. I suppose I’d recommend it to anyone who feels like a structured format, with writing workshops and professional instructors and deadlines, would help advance your writing. Going through an MFA program, like the one at Hamline University, allows you to join a great community of writers and thinkers as well. My big caveat is don’t expect you’re going to be a big time published author just because you get your MFA, though it is reasonable to expect your chances for landing a writing-intensive teaching job of some kind will increase.

What is your experience with the Twin Cities’ so-called literary scene?

Everyone I’ve met has been very nice and inclusive and the Loft Literary Center serves as its heartbeat. You can attend several literary events a week around here if you feel like it and there’s actually very few cities in the U.S. where that’s possible. To truly be a part of the local scene you need to put your time in, attend various events, and try to be sociable with strangers, even if sociability doesn’t come naturally to you.

You have a regularly updated blog.  Has this helped or hindered your writing?  Is having a consistent, non-promotional web presence beneficial?

Well, I’ve been blogging for over a decade now and my urge to post regularly has died down considerably. I’d say for a long time it helped me as writer in the sense that I don’t keep a private journal so it both allowed and encouraged me to work out my thoughts on writing in a public space and made me feel like I was contributing to the general writing conversation. Nowadays my mind has quieted down a lot in this respect-maybe I worked out what I needed to work out and can move on now without blogging much.

Blogging hasn’t done much for me career/professional wise, but I’ve enjoyed it.

Now you’re a writing professor.  Have you seen traits, good or bad, that students share?

I think the biggest issue the writing students I’ve taught (which isn’t that many in the grand scheme of things) share is a difficulty with detaching themselves from their writing. They live and die with every story they write, even if it’s only their second of third story ever, and I do my best to encourage them to look at the bigger picture-improving your writing is such a long and laborious process you shouldn’t worry too much about an individual story, or even a novel, failing from a technical standpoint, as long as you worked as hard as you could and can detach yourself enough from what you’ve written that you’re able to learn from your mistakes. If you’re writing and writing without learning from your own work, good and bad, you’re just treading water instead of moving forward.

Your work has been exclusively in genre literature.  How does this market and audience differ from literary fiction, and does that alter your creative process?

Actually, my fourth novel The Firebug of Balrog County is what you’d call literary fiction and I’ve written a few other literary novels that never got published. My process is the same no matter what genre I’m working in (and indeed in my work the genre lines blur a lot) but I suppose when writing in horror or sci-fi I tend to find myself constrained to maintaining a tighter, faster plot to some extent, while in literary fiction I focus more on unspooling the characters in the story and allowing the plot to serve this purpose.

You’ve written both “adult” and YA fiction.  How did that effect your writing process?

It doesn’t really change much for me, process-wise. Whatever I write I try to make interesting for all age levels (down to about eleven years old, I suppose). I’m always worried about boring my audience.

You’ve mentioned before that you have several novels you decided not to publish.  What about them makes them unpublishable when compared to your other works?

Well, with my earlier unpublished work it simply wasn’t good enough to be published, along with a few later works as well (and now I’m glad they never were published). Undercooked characters, bad dialogue, etc. However there’s two or three I still think deserved to see publication but simply never found a publishing champion. One of the hard lessons I’ve learned is that a good book doesn’t always see the light of day. Hell, I know lots of good writers who never get one book published. Writing can be as rough as it is rewarding. 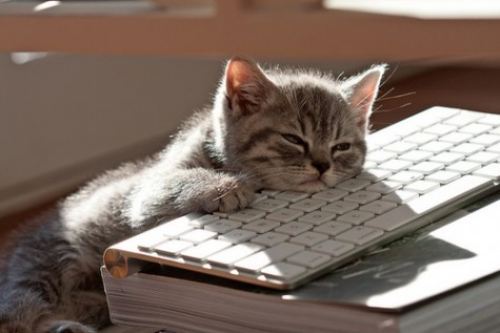